Why You Should Book That Early Morning Flight

We’ve all been there: You get to the airport a little late for your 5pm flight. Check-in and security lines are long, and you’re pretty tired by the time you make it to your gate, only to find out your flight has been delayed…. or worse, cancelled. And since it’s ‘rush hour’, the airport is in full swing.  There’s a line for everything and good luck finding a seat to rest while you wait. 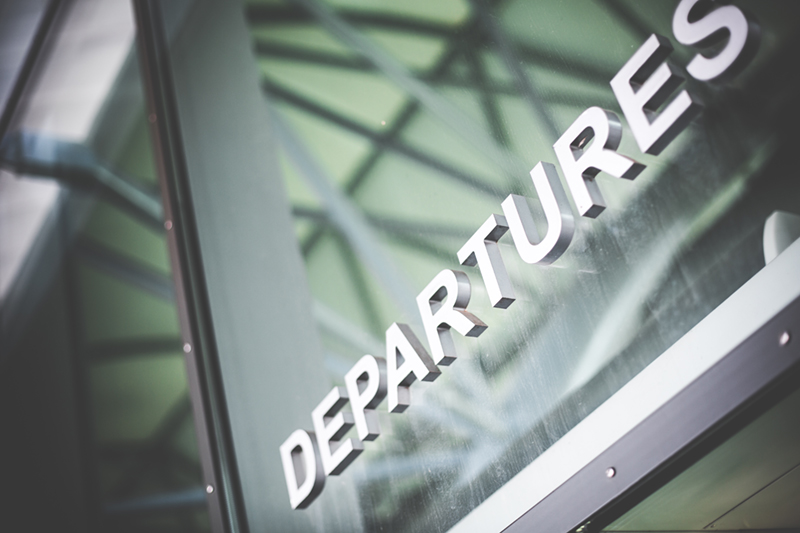 The Best Time to Fly is in the Morning

If you want to avoid a delay, and an almost guaranteed headache, the best time to depart is the morning, and as early as possible.  Flights leaving before 7am have the least amount of delays. That’s early, we get it. For a 6:30am departure, you would have to arrive at the airport by 5am and leave for the airport even earlier. But the pros definitely outweigh the cons…

– Low chance for a delay. This is the time when the most flights leave on-time.  Airports have been able to catch up overnight and start with a clean slate in the morning.

– No lines. The afternoon rush is hours away, and that leaves small to no lines at check-in and security. You’ll breeze right though!

– Flights are cheaper. Early morning flights are less in demand, and, therefore, can be a cheaper option than the mid-afternoon flight.

– Nicer weather in the morning, especially in the summer when afternoon thunderstorms are more likely to delay flights.

– First in the Queue. If your flight is cancelled, you get bumped, or you miss your flight, you will be first on the standby list to make the next flight out.

– Less Sleep. You may have to get up as early as 3am to make that first flight out. Even if you go to bed early, you most likely won’t clock more that 5hrs of shut-eye. Luckily, early morning flights are typically quieter, and you can catch some zzz’s on your flight to make up for what you lost.

– Concessions are closed. Most restaurants and shops will still be closed in the early morning. If you’re lucky, maybe a newsstand or coffeeshop will be open. Make sure to drink your coffee on the way to the airport and pack a granola bar or some sort of breakfast to eat on the flight.

One thing to help with those early morning wake-ups:

A ParkSleepFly Package.  You’ll get to sleep-in later, and have your airport parking already sorted out. And since your trip will have already started, you don’t have to worry about early morning packing. It’s already done!

Here’s how it works:  Drive to the airport the night before your flight and park at the hotel. Check into your room and get a full night’s sleep with a concierge wake-up call. There may even be coffee or breakfast down in the lobby to take on the way out (always check each hotel for specific amenities). Use the hotel’s quick shuttle ride to arrive at the airport on time. Your car will stay at the hotel parking lot until you’ve returned from your trip!

If you live close enough to the airport, where a hotel and parking package doesn’t make sense, at least there won’t be any traffic driving to the airport in the early morning.  In any case, an early morning flight is your best bet to arrive at your destinations on-time, without any delays.