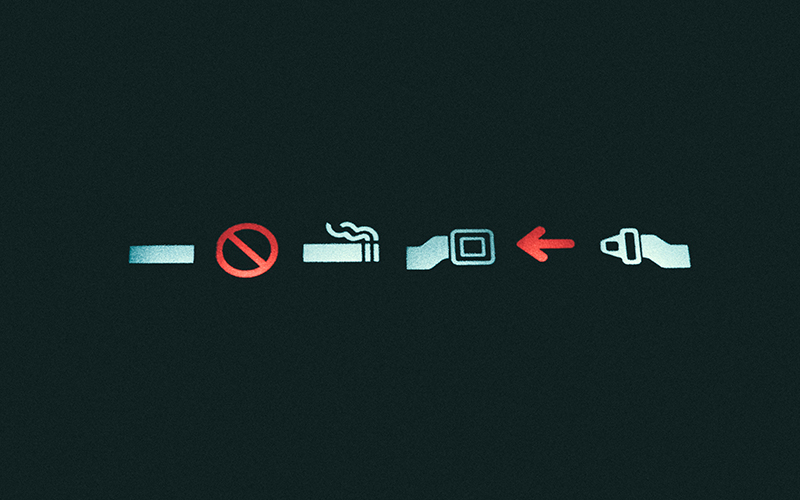 If you’ve ever been 30,000 feet in the sky (with your anxiety just about as high) and hear the seatbelt sign activate, you know that you’re supposed to stay seated until the sign turns off. But what about when the seatbelt sign flashes numerous times or chimes without the pilot making the “fasten your seatbelt” announcement? Those cues aren’t for the passengers to buckle up but are actually secret codes the pilots use to communicate with the flight staff, along with the codes used verbally via the speaker system. Flying can be a stressful time, and being sky-high with the pilot using secret codes can be confusing. To put your mind at ease and make you feel more in the loop, read on so you can learn all of the airline lingoes you’ve always wanted to know!

Have you ever been on a relatively smooth flight, but yet the seatbelt sign kept chiming? If you were the poor chap who fastened his seatbelt, know for next time that you were just witnessing a secret code from the cockpit to the flight staff. Pilots communicate quite a few things through that handy seatbelt sign! If you hear three dings, that’s a cue to the flight attendants that they should put away their carts because there is turbulence or a severe weather pattern up ahead. If there are two flashes of the seatbelt sign, that is indicative of an imminent take-off or landing, cueing the flight attendants to buckle into their jumpseats. The pilots even have a secret signal for when they want a cup of coffee!

Listening to the pilot over the loudspeaker can sometimes seem like you’re listening to someone speaking another language, but often the codes are just communicating directions to the staff and should cause no reason for alarm. The only codes that should get your blood pressure up are “Code 7500” and “Code 7700” which means the plane has been hijacked, or there is a general emergency, respectively. But let’s focus on some of the codes you’ll actually hear on your next flight. When you’re waiting to take off and the pilot says you’re at a “ground stop,” get comfortable. That means there is a delay, usually from traffic on the runway. When you hear “all-call” used by the flight staff, it’s just their way of asking each flight attendant to check in from their station, akin to a conference call. When the flight level is referenced, like flight level 340, just add a couple of zeros and that’s how many feet you are above sea level. “Air pockets” are just that: a moment of turbulence caused by a pocket of air in the sky.

If you’re told by the pilot that you’re in a “holding pattern”, that just means that the runway is not yet clear and the pilot has been instructed to fly in a racetrack-like formation in the sky until it’s clear to land. And if you’ve been told that you’re in a holding pattern, the pilot will probably reference the EFC time, which stands for “expect further clearance.” That’s the time the pilot expects to be released from the holding pattern to land the plane. The “final approach” the pilot often refers to means that you’re in the last straight leg of the trip and the runway is clear ahead with no turns to be made before landing. And when you hear the pilot mutter “doors to arrival and cross check” that just means that the flight attendants need to check that the emergency escape slides have been disarmed so they don’t deploy upon landing.