Is it Ok to Talk Up the Person Next to You on a Flight?

No one ever wants to be rude on an airplane. Everyone is stuck together with no escape for hours on end, so you don’t want to make enemies. But what is considered good etiquette when it comes to striking up a conversation? It seems weird to just ignore someone sitting next to you for an entire flight, but it may be a prudent way to avoid hearing someone else’s entire life story. Unfortunately, there is no general rule of thumb regarding talking to your seatmate during a flight. 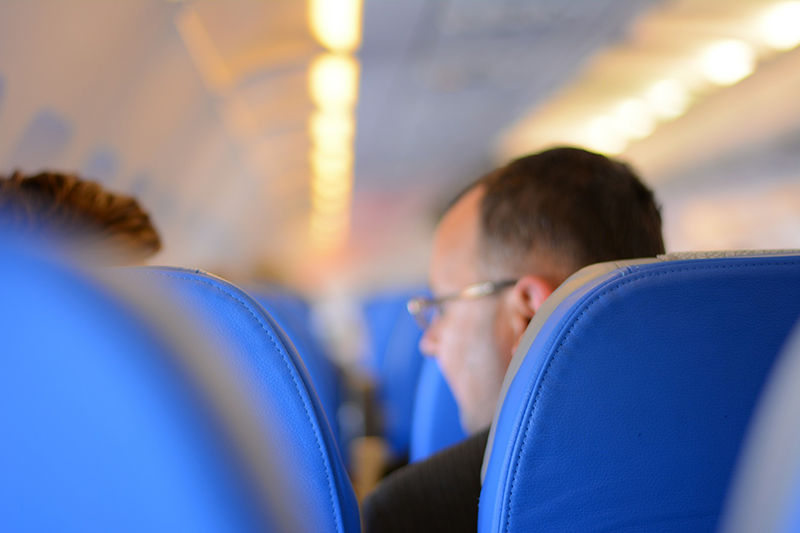 I’ve met some great life-long friends on flights and I’ve also severely regretted opening my mouth a few times when I’ve gotten dragged into debates or people’s life drama. But, if you’re the type that likes to chat, read on for our guide to talking to the person next to you during your travels.

People are very good at making it clear when they are not interested in small talk with their neighbor. Say hello when you first get on board. If it’s met with an icy stare, silence or the insertion of earbuds into ears, you can probably count out any conversation during your flying time. But, should your seatmate actually respond back, don’t necessarily take that as a green light to share your whole life story. They may be polite by saying hello but they still may not want to go beyond those initial niceties. If the person in the seat next to you has a laptop and a bevy of reading materials, they may be looking forward to getting some work or reading done during the flight instead of making small talk. Ask a couple of benign questions and if the other person’s answers are clipped, take the hint and go back to reading your book.

Studies have shown over the past few decades that meeting new people is good for your brain and your level of happiness. So why do we prefer to sit on an airplane for 2, 4, sometimes even 12 hours next to another human being while pretending they just don’t exist? I personally find it baffling. I’ve been on thousands of flights and have only had a handful of bad experiences with speaking to fellow travelers and countless fabulous encounters that kept me laughing, entertained, or just helped to stave off boredom during a long flight. If you think your seatmate may be receptive to conversation, there are a number of non-awkward ways that you can strike up a friendly chat. Try just saying “hi” to see if they’re open to at least being friendly. If you get a “hi” back or something similar, try asking one of the best icebreakers on a plane: “going home?” Most people like talking about their travels, even if they’re reluctant to share much else with a perfect stranger. You can also ask questions based on their reading choices, electronic devices or clothing. Compliment someone’s shoes and you may make an instant friend or ask how they’re liking the new iPhone to get the conversation flowing.

What Could Go Wrong?

I once sat next to 2 strangers on a flight and overheard their conversation. The man asked the woman if she was heading home and she burst into tears saying that she had just lost her mother. The man was taken aback and seemed to instantly regret the attempt at conversation, but a wonderful lady seated behind the grieving woman asked to switch seats and she consoled the distraught woman the whole flight home; more than likely, they each made a friend for life. That man couldn’t have possibly have known how upset that woman was, but thanks to him opening his mouth, she was able to meet someone that helped her grieve. You’ll never be able to predict the outcome of reaching out to someone, but the worst that could happen is an awkward flight. Genuine human connections are rare and very needed nowadays, so I always recommend braving a conversation if you are amenable. And if you do strike up a conversation but you find that the other person is an over-sharer (or someone you just don’t enjoy speaking with,) try stepping away to the restroom or politely tell them you’re going to try to catch some sleep and then slip on your headphones and disappear into blissful ignorance for the remainder of your flight.