There is no better continent for history buffs to visit than Europe. There are countless historical treasures peppered throughout all of the countries, each with its own charm and mesmerizing backstory. If you’re planning a visit to Europe, you should add a educational element and be mentally transported back in time with these top seven historical sites! 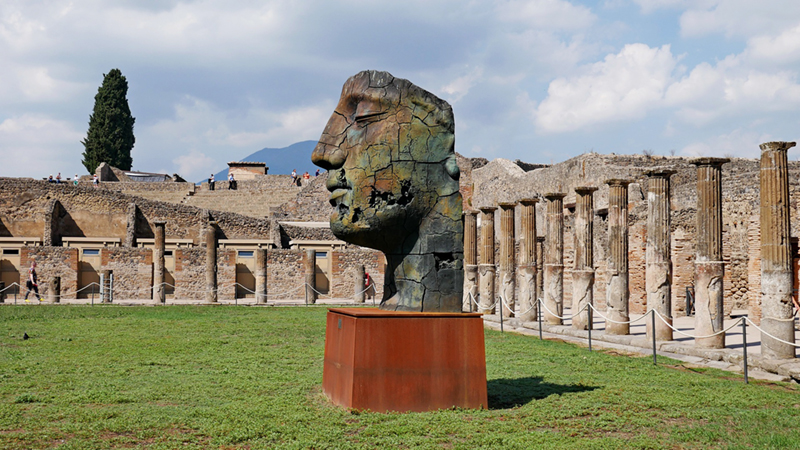 If you’re headed to Italy, you have to plan a visit to one of the most intriguing historical sites to ever exist. The famously doomed city of Pompeii was covered in lava and ash almost 2000 years ago when Mount Vesuvius suddenly erupted. This resulted in an almost instant death for Pompeii’s unfortunate residents but created a perfectly preserved city. Today you can visit to get a glimpse of daily life as it was in 79 A.D. when Pompeii was a bustling Roman empire. The buildings still contain preserved people as they were going about their day as well as all of their belongings such as furniture, gold, and tools. Seeing a city frozen in time almost 2000 years ago makes for an enlightening historical trip! 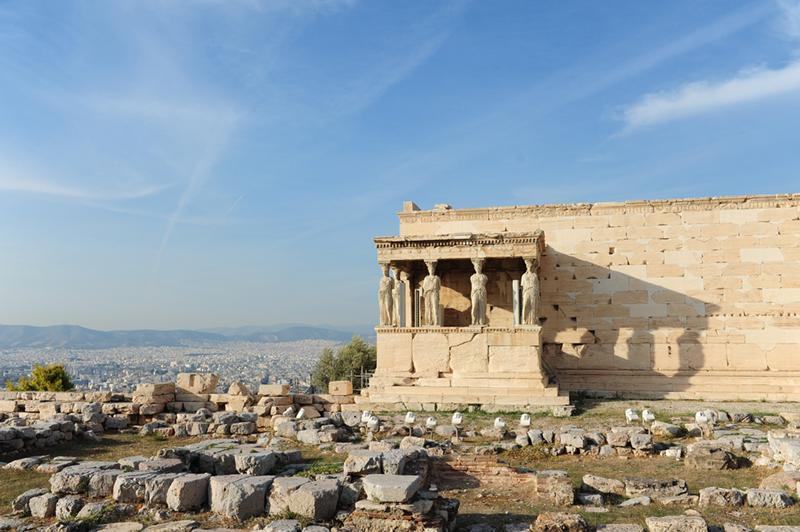 This UNESCO World Heritage site is the most famous monument from ancient Greek civilization. It sits in front of the ruined city of Agora, where you can view ancient courtrooms and libraries. The Acropolis (an archaic symbol of democracy) was built between 447 and 438 B.C. and has since been disassembled and re-assembled multiple times, despite its important status. If you want to get the full breadth of the Acropolis, you’ll have to visit the sculptures that reside in the British Museum in London until this cultural issue gets resolved. 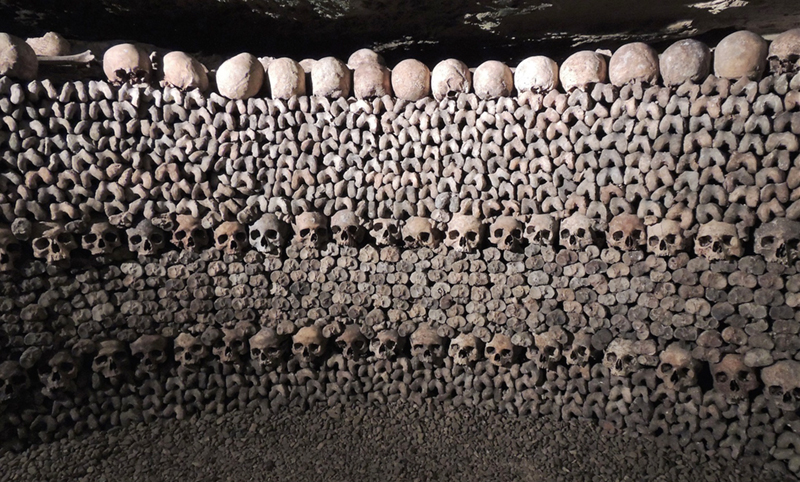 If creepy historical items get your blood pumping, you will be thrilled to visit the Catacombs of Paris. This frightening underground tomb was “created” in 1785 when the city had a problem with overflowing cemeteries. To solve their dilemma, they dug up over 6 million resting bodies and deposited them in unused quarries directly underneath the city. Now a tourist attraction, you can pay to walk through the Catacombs to see tunnels lined with skulls and other bones to give you nightmares for weeks! 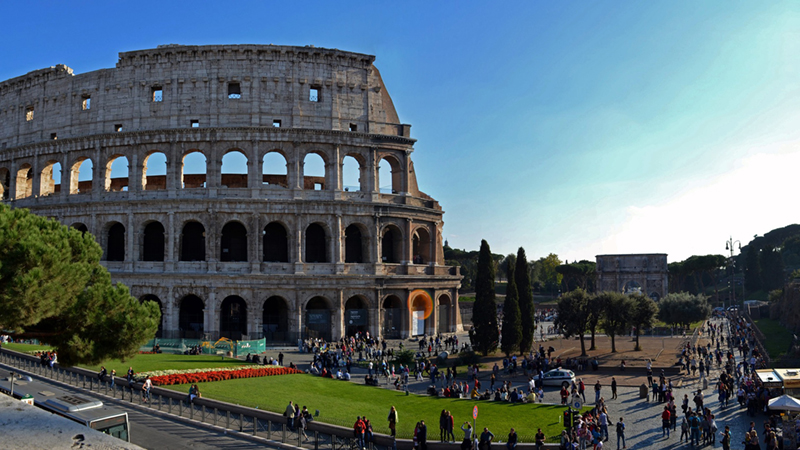 This massive Roman amphitheater has a sordid and bloody past. Built between 70-72 A.D, the Colosseum was a gift to the Roman people from Emporer Vespasian. What is now a major tourist destination used to be a site of carnage that hosted deadly gladiator and wild animal fights for the people’s amusement. For 4 centuries, the arena was a source of entertainment until finally, people’s tastes changed and the Colosseum fell into disrepair. Despite now missing two-thirds of the original structure, the Colosseum still attracts millions of tourists every year eager to see one of the marvels of the ancient Roman empire. 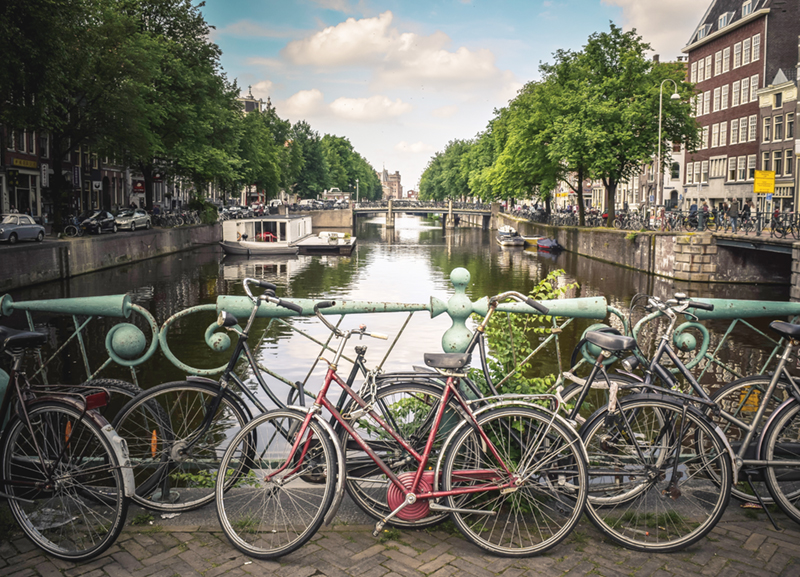 A visit to Amsterdam isn’t complete without seeing the Grachtengordel, a series of canals that run through the gorgeous city. Since Amsterdam is a city built by water, these canals were created as a more efficient commerce route over 400 years ago. Today this UNESCO World Heritage site hosts many events throughout the year that draws in thousands of tourists. 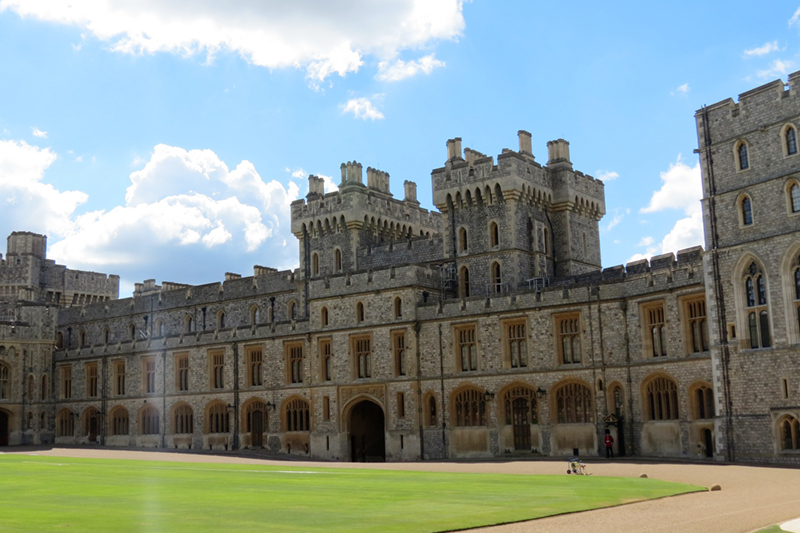 Windsor Castle is the perfect day trip for anyone visiting London. This hour long drive will make you feel as though you’ve just gone back hundreds of years to a time of princesses and knights! The castle was built in the 11th century and, believe it or not, is still in use as a weekend home for the queen to this day. When the queen isn’t visiting, the castle is open to the public where you can witness the changing of the guard or attend one of the many free events. 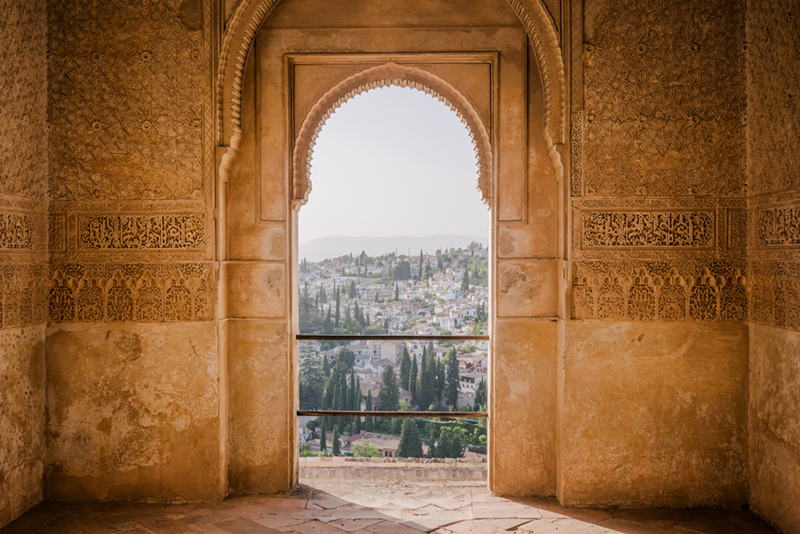 Located right outside the city of Grenada, this UNESCO World Heritage Site fortress stands as a reminder of the Arab rule of the city centuries ago. The Moorish fortress was originally built in the 9th century but was transformed into a palace of splendor during the 14th century. The ornate structure now stands as part palace, part fortress and is mesmerizing in its detail and lush beauty. Tourists flock to this historical site every year to be mentally transported back in time to get a glimpse of what it was like to be 14th-century royalty.