Has Airline Consolidation Gone Too Far? 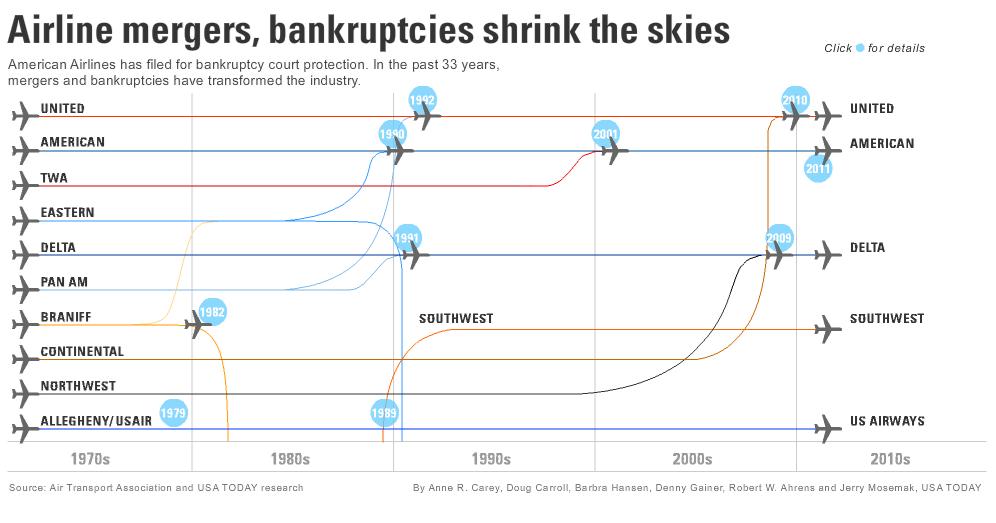 Last week, we learned that the US Justice Department and six states filed an antitrust suit to prevent American Airlines from merging with US Air. The government’s position is that while the merger would benefit the two companies and the air travel industry as a whole, it would have a negative impact on consumers through higher fares and fees. The airlines disagree, claiming the merger would result in improved service for customers; It would also allow American Airlines to emerge from bankruptcy court protection, where it has been since filing in 2011.

Airline mergers and bankruptcies have been common in the last several decades, transforming the landscape of the air travel industry. Data shows this pattern has already led to higher costs for consumers, and while some have balked at the government’s intervention in this merger after allowing so many others, the government seems to simple think enough is enough.

What do you think? Should airlines be allowed to merge if it strengthens their bottom line, even if decreased competition means higher costs for travelers, or has consolidation gone far enough?