How the Government Shutdown is Affecting Airport Security Lines 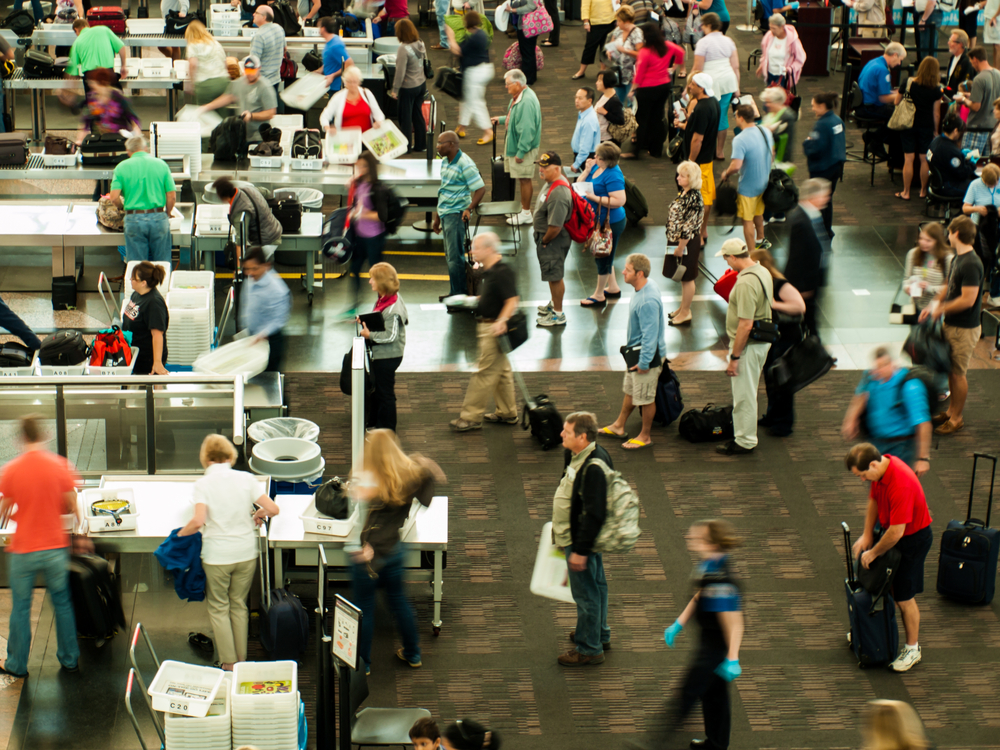 If you’ve disconnected from the world for the past two weeks and missed the big news, there’s a government shutdown in progress. If you’re not a federal worker, you may think this government crisis won’t affect you. But, if you’re planning on traveling during this shutdown, think again. Federal workers who aren’t getting paid include TSA agents who keep your local airport and skyways safe.

How is the shutdown impacting travel?
Federal workers who have not been deemed essential have been furloughed since the shutdown began. Air traffic controllers and TSA agents have been considered critical and have been instructed to report to work despite the shutdown. Although they are required to remain working, these 60,000+ employees are not getting paid, which means more agents than usual are calling out sick, either to look for other jobs or because they can’t afford to get back and forth to work without a steady paycheck. As of 1/8/19, TSA officials are claiming that there is only a slightly higher instance of call-outs than normal at this time of year so currently there is very minimal impact on passengers. Although, now that the shutdown has dragged on past agents officially missing their first paycheck, things could start going south quickly.

What is being done to ensure the safety of our airports?
Right now, the impact of the shutdown has been minimal, according to TSA official reports. But, should this shutdown continue much longer, agents that were set to retire or apprentices who were just starting in the field may just quit out of frustration. As more agents drop off the radar, TSA spokesman Jim Gregory was quick to assuage passenger concerns by stating that they have a contingency team of people who can step in to help at airports that are suffering from a more prevalent shortage of agents. Although safety won’t be sacrificed, travelers’ time may be. If things get really bad, airports may have to scale back on the volume of planes departing and arriving at any given time to accommodate missing personnel. This could translate into long delays and possible cancelations.

What can you do to mitigate issues?
As always, we recommend giving yourself plenty of time to get to the airport and make your way through possible long lines at security. For domestic flights, we normally recommend getting to the airport 2 hours ahead of time and at least 3 hours beforehand for international flights, but you’ll want to add at least a half an hour to those estimates during this shutdown period. It’ll also help to be prepared. You don’t want to waste more time in the security line if you get flagged for a manual inspection so be proactive. Before you pack, read all of the guidelines on what is approved for carry-on bags and what is prohibited. This way, when you finally get to the front of the line, you can slide through without any snags.

Make sure to check local news early and often to see if anything changes with airport policy and current updates. We recommend checking airport and airline websites and social media for the most up to date information during this time.